Princeville Prepares to go Back Home 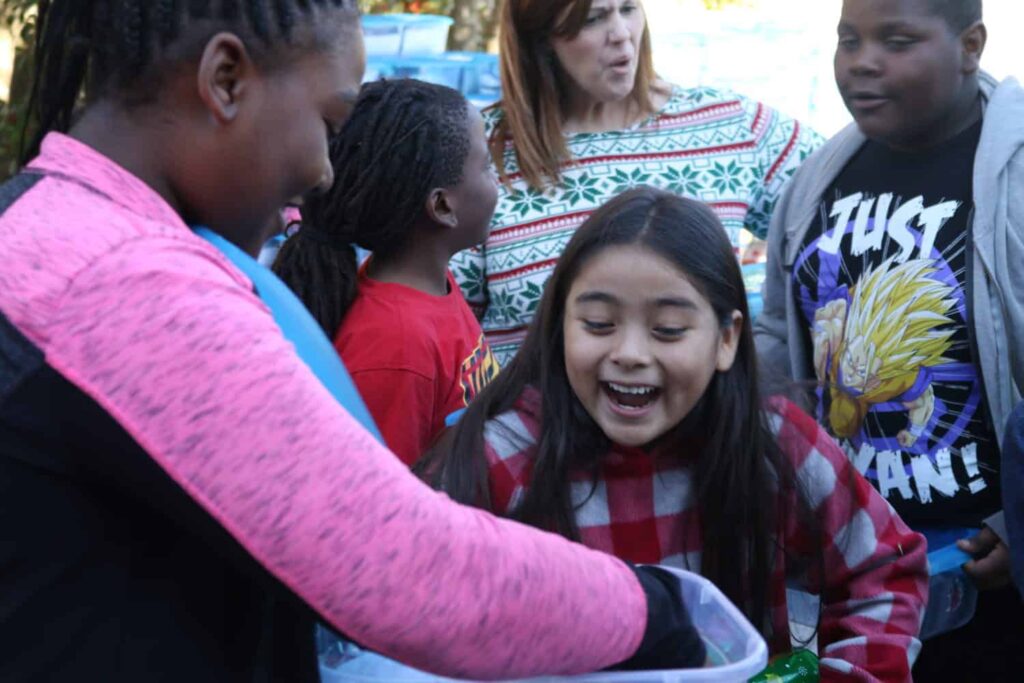 When Princeville Elementary students break their glasses, families often do not have the funds to repair them. Students need them for learning, said school nurse Annette Hardy, and need them quickly.

This year, Hardy reached out to the North Carolina Foundation for Public School Children multiple times and received the needed support within a few days. Often it is for glasses, but Hardy has also used the funding for individual needs like medication or clothes.

“Usually it’s something that their insurance won’t pay for,” Hardy said. “Or they’re, like we were, in a catastrophe like the flood. They lose everything, then we have that (money) to access.”

Along with the case-by-case support, the North Carolina Foundation for Public School Children gave Princeville Elementary $10,000 on Thursday as the school and its students continue to recover from Hurricane Matthew’s aftermath. The storm hit the community in October 2016, and some of Princeville’s students are still displaced.

“I know for Princeville Elementary, they lost 100 percent of the contents of their building,” said Marca Hamm, the foundation’s director. “Teachers spend years building up an inventory with their own funds … with the gift that we’re giving them today, we’re hoping to see that they can start replacing what was lost so they can give the best educational experience for the children they’re caring for.”

Principal Annette Walker said she plans to wait and see how best the funds can be used as the school moves back to its repaired building next year. Edgecombe County’s school board voted unanimously to rebuild the school in October. Walker said there are plans to open as a STEAM (science, technology, engineering, arts, and math) school.

“We’re going to hold on to it and kind of put it in the planning stages as we go back home,” Walker said.

Months of community discussion preceded the decision to rebuild the school. Community members explored how many students would be returning to the area and how best to serve them. Walker said the news came as an early Christmas present.

“Everybody wants to have a home to go to, so for our students and their families, we are so excited to be able to take them back.”

The foundation also provided a professional photographer for class pictures in front of the school and distributed boxes of supplies and gifts for each student, teacher, administrator, and staff member. Hamm said she coordinated with the school’s social worker to cover the greatest needs. As students opened their boxes, they were excited about chapstick, socks, toothpaste, school supplies, flashlights, hats, and gloves.

Hamm said she relates personally to the struggle of students in need.

“I know what it is to lack,” Hamm said. “I know how hard school was for me because I did not have. Even further for me, as we receive requests for the needs, is I know what the children are feeling, and that’s what makes it personal for me. I know shame. Shame is so debilitating in school, and I know children struggle with that. So to know that we’re meeting not just physical needs and material needs, we are meeting emotional needs as well, it just goes so much further.”